Alice 2 Comments
Five years ago, during my previous visit to Canada, I remember myself sitting in the back seat of the car. Feeling drowsy, sick and just wanting to curl up and die – I was still suffering from some kind of sickness these few weeks – constantly vomiting with no appetite to eat (and I was in the land of so many miraculous types of food! Major disappointment). My big sister, her boyfriend (at the time) and my second eldest sister were discussing of places to eat. We were parked on the busy street of Yonge and all three of them hopped out of the car, I happily laid on the empty seat next to me and fell fast a sleep.
Little did I know that I was on the main street filled with Greek restaurants! And later on – five years later – I’m now finally able to try it out (without any sickness or whining :p)!
So, my uncle took us three (sister, her boyfriend, and I) out to dinner. After passing by three other Greek restaurants (and hearing a giggly story of two), we headed into Messini Authentic Gyros.
After quite a while in analysing the menu – it did need a while, I’ve never ordered Greek food before – we settled on a few things off the menu. But I was truly unaware of the portion size! 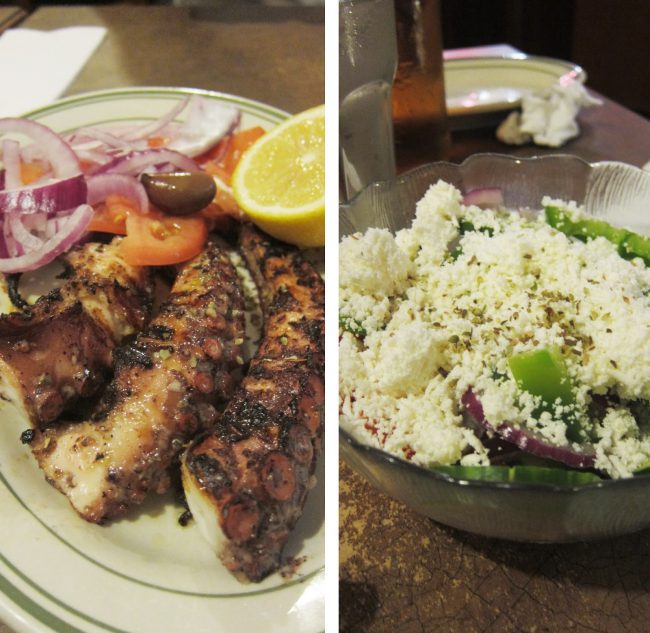 1. Grilled Octopus ($9.95)
And, all three of us received a ‘side’ of their Greek salad! This was a massive bowl, with tasty homemade feta cheese.
The grilled octopus was deeee-licious! Especially with the lemon and salad on side! 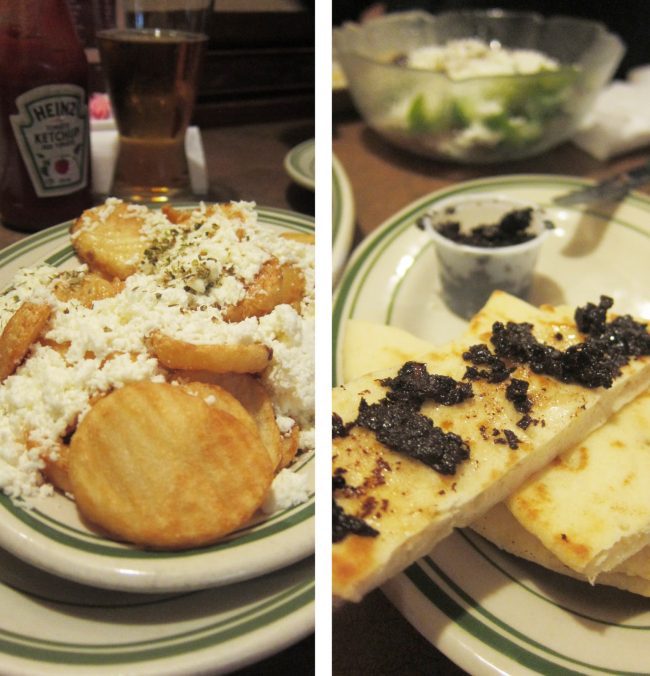 2. Greek Frites $4.20
With feta and a sprinkle of oregano
3. Pita bread
With finely chopped black olives to spread (complementary dish!)
The frites weren’t anything worth praising, and the olives were a nice taste but I didn’t feel like going for a second piece. 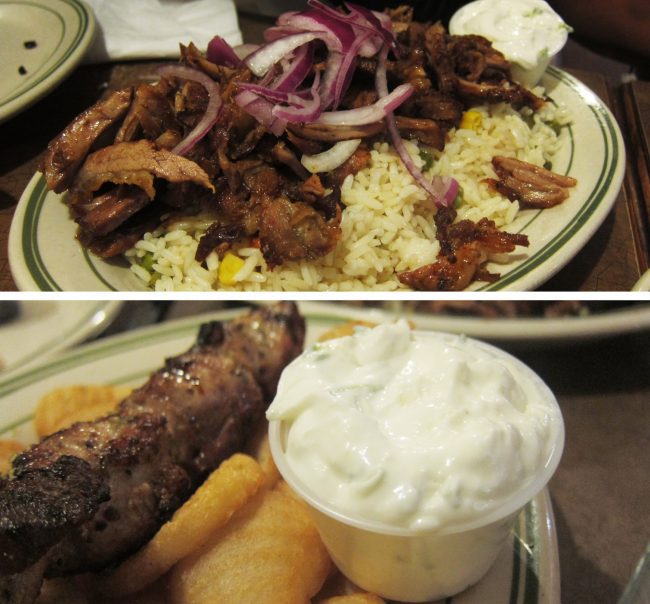 Two people ordered their dinner plates with rice and shaved meat. The rice is absolutely delicious! So fluffy (and so fattening) – but so good!!!! All dinner plates also received a nice, generous shot of tzatziki sauce. I hardly even used 1/4 of mine! 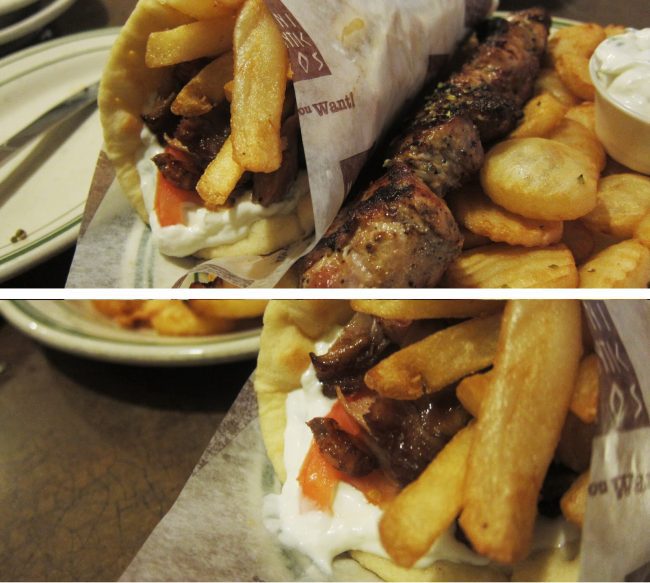 4. Combination Meal – Lamb Gyros Pita & Pork Souvlaki Stick ($15.49)
And of course, I had to order the Gyros! And, what the heck is a ‘gyros’ you ask? A greek pita sandwich filled with meat, tomatoes, onions and tzatziki sauce!
I was actually pretty satisfied by this point – the food took quite a while to come out, I was filled up easily by the frites and octopus, I could hardly enjoy this! I ended up only eating all the lamb (which was incredible! layers of deliciousness! Oh why did I not take a photo of it!
As for the Pork Souvlaki Stick, I touched it once and didn’t bother again. It was pretty tasteless and not as close to being as satisfying as the lamb! 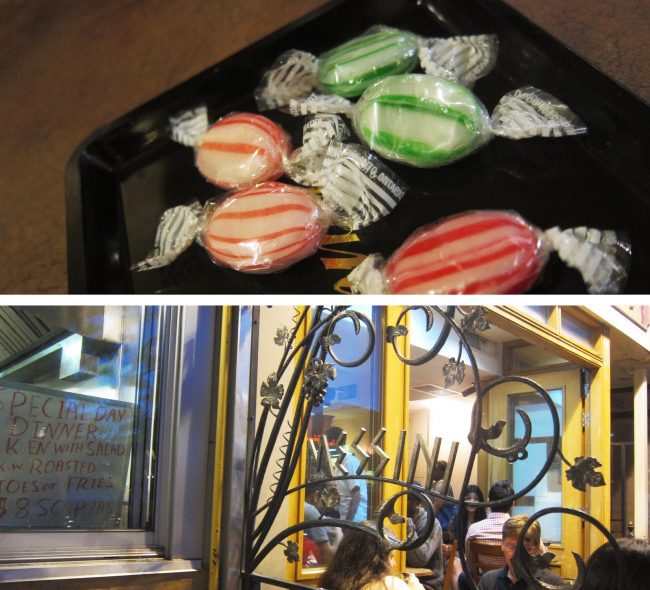 And mints for a sweet au revoir!
Greek food? Right now, it’s an average for me. Not sure where to go for the par. The lamb was beautiful, octopus was fantastic, as for everything else, not anything to think of coming back for. 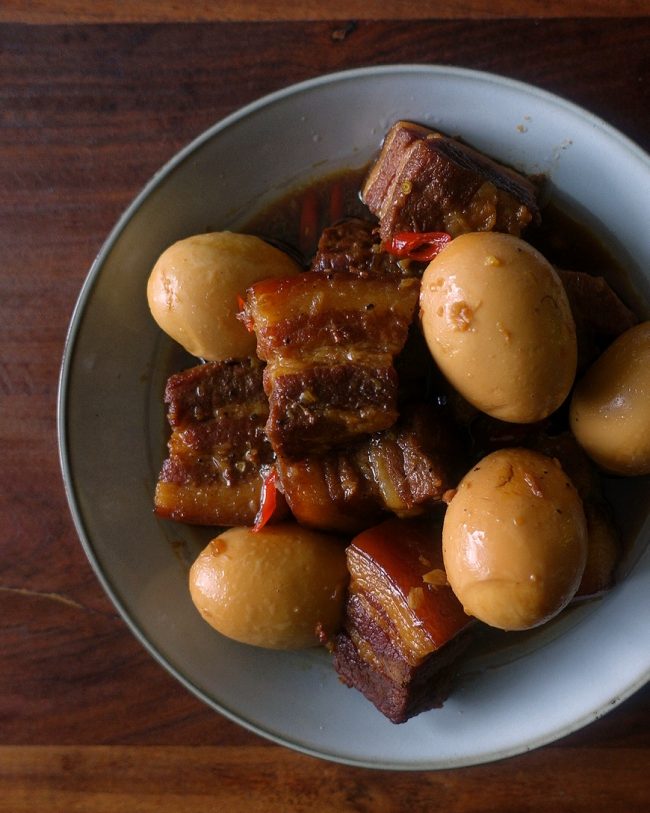