KAKA All You Can Eat for #AsiaFoodFest 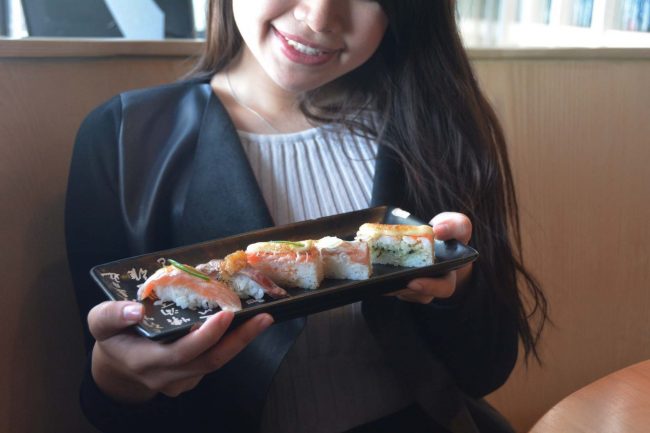 Let’s first off start by saying I am not a fan of all-you-can-eat places, as I feel as though I am forced to eat until a pop… so that already cancels me out as a valid critic. I made my visit during this round with no intention of thinking “but I can eat everything!!! Five of everything please! Yes, of course I have room for dessert!!!” – instead, I just enjoyed my food and let it all settle, eating until I was 80% full. Second, I’ll let you have a chuckle at the name – where my boyfriend told me that “Kaka” meant king, others have told me the complete opposite.

We made our visit to KAKA All You Can Eat during Asia Food Fest, which is best explained as a Winterlicious/Summerlicious specifically for Asian restaurants! Throughout April 29th to May 15th, 60+ participating Asian restaurants dishing up cuisines of Korean, Indian, Chinese, Japanese and Thai/Laos are offering set menus with special pricing.

Although KAKA is an AYCE, their participation in Asia Food Fest is through providing a special menu of 12 items which can be ordered with a simple $1 add-on to their regular AYCE menu ($27.99 on Mon-Thu, $31.99 on Fri-Sun) – this is an awesome bonus for those already dining! Their special menu truly sets themselves apart from their existing menu items served as they introduce western spins with Asian flavours and ingredients.

I had the thrill of tasting five of the 12 specialty menu items, and thoroughly enjoyed three.

This soup was as thick as a puree, it was very smooth creamy with the slightest taste of curry – wonderful crunch held by the topping of cilantro, shallots and pepitas.

Absolutely unbelievable, melt-in-your-mouth kind of stuff. Ours was served with a lettuce instead of the horseradish potato puree (boo), but we enjoyed the meat just as well on it’s own. It completely fell apart upon biting.

Shrimp Taco in hand, I do love you.

Here is the Shrimp Taco with Asian Slaw & Smoked Paprika Aioli. The flavours were all there. I was highly skeptical about this one because tacos with an asian slaw aren’t usually tied together by the flavours – my favourite! KAKA’s tempura batter is different, it’s very soft and the soft tempura battered shrimp meddled well with the crunch of the slaw

Our last item we had and it was the most underwhelming and under flavour-depth one. It was a guacamole with a bit of salmon, and wrongfully topped with red peppers.

Afterwards, we ordered off of the AYCE menu of the usual, we had: Sashimi – Salmon, arctic char, butterfish; Many blow-torched sushi, rolls and cones; Tempura shrimp & fish (the fish with eggs on the inside, I forgot what these are called, but you can get them at T&T for really cheap, and a few go a tasty long way); Chicken noodle soup and for dessert, a mango smoothie and red bean ice cream.

The specialty menu item dishes was a wonderful way to start off the menu. When diving into the AYCE options, what I most enjoyed were the so beautifully fresh sashimi and tempura items. The blow-torched sushi was not as climatic for me as past experiences, but the quality in the ingredients and presentation of the dishes are all there.

All aside, check out #AsiaFoodFest before it’s over! Wonderful way to explore Asian cuisine.