Alice 0 Comment
SUSHI TIME
325 Queen St West
Toronto ON
M5V 2E5 Canada
Japanese – Lunch specials
$
I am determined that there are so many cheap treasures here in Toronto. These numbers
on Urbanspoon ain’t even cutting it! Service, is, to be honest – at the bottom of my list. Fresh off the bat, for me, it’s Cleanliness, Food, Value then, Service – which explains why I don’t talk about it too much compared to other Food Bloggers out there. Having been dining in the Sydney West areas growing up, it’s not surprising to not receive mid-meal check-ups and a conversation.
My sister and I were still full up to the arvo after the feast at my Uncle’s house. It was 2:30, walking down Queen Street and we were popping into shops on the way down to Eaton’s, looking for a place to eat.
We were attracted by two A4 sheets stuck outside a restaurant window. But I, mainly appealed to the ‘$7.99’. 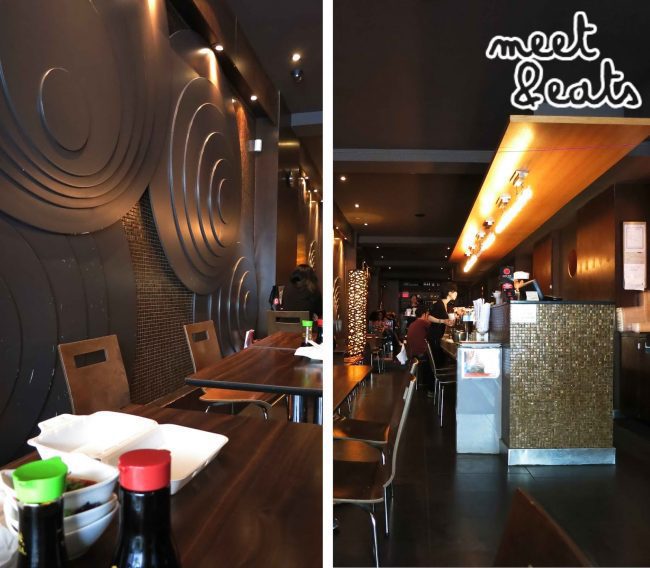 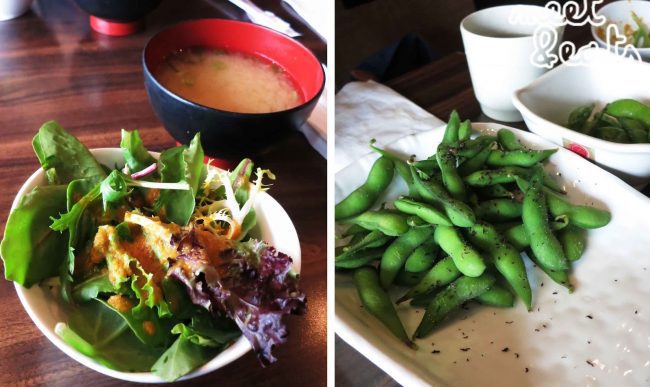 1. Salad in Japanese Dressing (Miso & Carrot Sauce)
2. Miso Soup
3. Edamame
We were happy to see this come to our table. I think we received a plate of these cuties because we both ordered a Bento box – not sure – but no complaints! These cute peas are immature soybeans, boiled and sprinkled with salt a pepper! Always a nice treat ☺.
And, 10 minutes after- why, heeelllo!

1. Partially flaky, mashed potato with a squeeze of mayo
2. Pumpkin, zuchini, yam, brocolli, eggplant and shrimp tempura
3. Teriyaki beef – which I only ate two pieces of, and filled up my tummy with the other tasty goodies
Bits and pieces of my sister’s bento box… 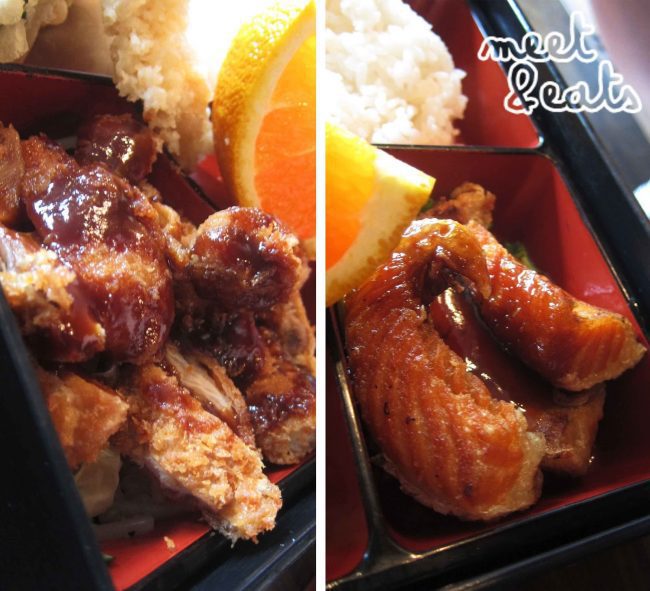 1.  Katsu Chicken – A big plain ol’ average!
2. Harami – Salmon Belly – It’s crisp on the outside, and has a delicious amount of fat. Omg.
Then our sushi rolls made it’s way around… 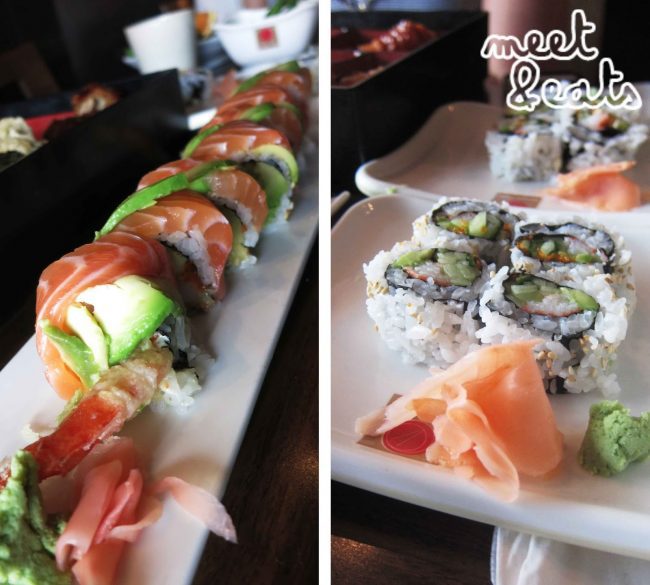 6. Dragon Roll ($8.75)
Not the melt-in-your-mouth craving for more pieces of sushi you would expect. Even the ginger pieces weren’t fresh.
7. California Rolls
This was apart of our Bento boxes! We received four pieces each.The California roll wasn’t tasty at all though – nothing was right! I didn’t want another piece. 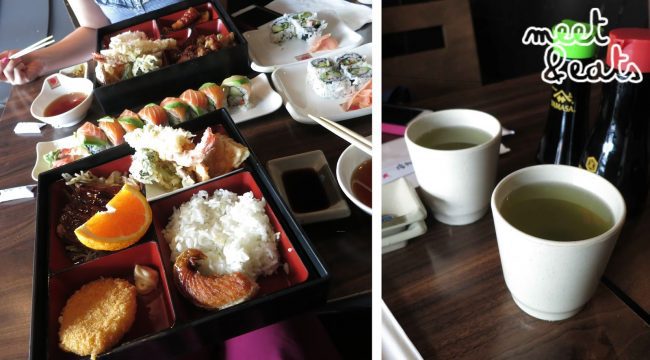 All of our dishes (the edamame, soup and salads did not make it in the shot)
Complimentary green tea
Oh – and did you guys know that Japanese restaurants have two types of soy sauces available at the table! The green-lidded bottle being low-sodium! That’s mighty generous of them!
Overall, the big winners for me were the Harami (Salmon Belly) and the Tempura pieces (as always)! The complimentary Edamame didn’t even have the bite you’d expect. Next time, I would go for the Harami, Katsu Pork & Shrimp Tempura instead. Great value of a bento box for only $7.99!
But, do not order their sushi rolls. They’re not very good at all, and did you see that piece of pickled ginger?
Must eats:
– That piece of Harami
Eh, it can pass…:
– Their sushi. No thank you.

Previous PostSummer-time Family Eats of 2013
Next PostParts and Labour, Parkdale