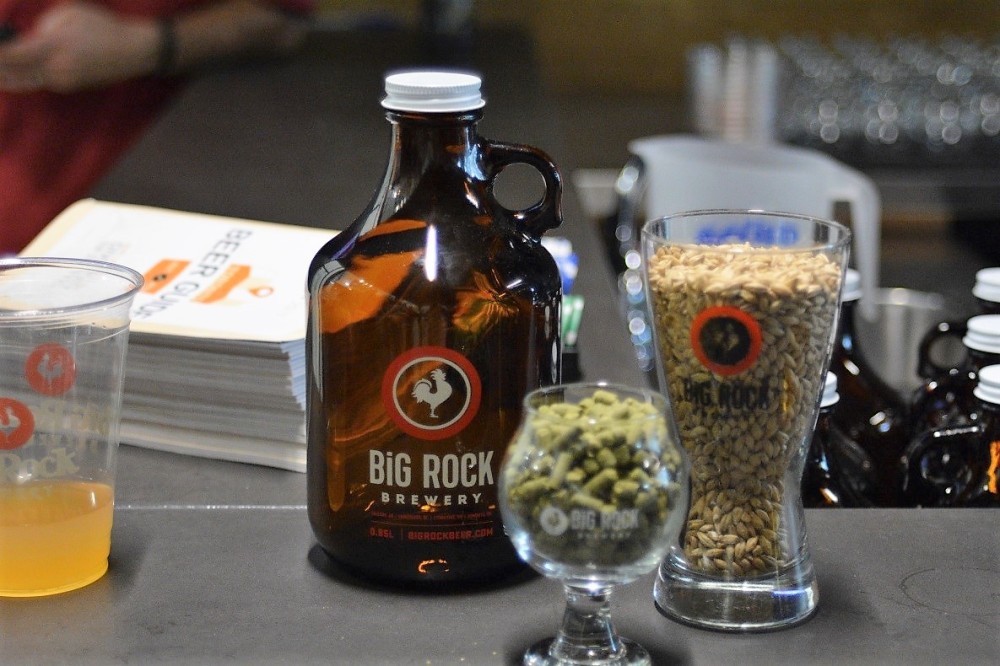 Big Rock Brewery has made its debut in the Ontario market with two big splashes. In September, Big Rock opened the doors of its new brewery in Etobicoke. And now, the brewer has opened its brand spanking new brewpub in partnership with Oliver & Bonacini in Liberty Commons. The brewpub houses freshly brewed beer by Big Rock and food pairings by Oliver & Bonacini’s Corporate Executive Chef Anthony Walsh, District Executive Chef John Horne (Canoe, Auberge du Pommier), and newly appointed Chef de Cuisine Ryan Lister (formerly of Canoe). Overseeing the brewing program at Liberty Commons are Big Rock Brewmaster Connor K. Patrick and brewer Dan Ellis. And as both a gastronomy lover and craft beer fan– I am stoked about this partnership! With over 30 years of brewing under its belt, the Calgary-founded craft brewer has a lot to offer Ontarians. Brewmaster Connor is using the brewpub as his home for experimental brews.  This means he will be producing special beers that will be exclusive to the brewpub. Big Rock is best known to create brews to satisfy a wide spectrum of palates according to the season. So, as the temperature changes, seasonal produce sets the tone for the type of beers that are created.  I’m most excited about the exclusive and seasonal brews that Connor will be crafting! So, add Liberty Commons at Big Rock Brewery to your list of places to enjoy tasty eats and fresh brews! Make your reservation here: libertycommons.ca.

This past summer, Big Rock Brewery surprised everyone at Session Toronto 2016 with a Lip Sumac-er, a collaboration with O&B’s Executive Chef Anthony Walsh’s food pairing of pork tacos. This was the first time that Toronto saw the two wonders together. The gose style beer had a taste like no other and was a true summer-pleaser. I could only rightfully compare it to a juicy lemon – it was salty, sour, tart and so refreshing. It’s unique winners like these that I’m excited to drink at the brewpub!

Looking for something to do on the weekend? Head down to the Big Rock Brewery in Etobicoke. Everyone is encouraged to come explore the space and indulge in the seven signature beers at the growler bar. Tap room and retail store hours are Mondays, Tuesday, Saturday, 10 a.m. to 5 p.m. and Wednesday, Thursday and Friday, 11 a.m. to 7 p.m. Book your reservation for a learn & taste session with a beerologist here.