Each Rum prepared by Mount Gay, comes with a story. Tonight we dined a fine meal prepared by Chef Jasper Wu at Miss Things and cocktails created by Robin Wynne, all led by Scott Fitzgerald, the national brand ambassador of Mount Gay and Master Blender Allen Smith. Throughout the evening, patrons of the Storied Supper dove into the history and production process of rum, this triggered a dive into my own journey of familiar association and appreciations of the beers, tequila and wine.

Mount Gay is a premium rum producer based in Barbados who specializes in creating the “Rum that invented Rum”, made traditionally and at the hands of Master Blender Allen Smith, this delectable delight goes down smoothly and leaves you dreaming of sandy beaches, sunny weather, and the Caribbean.

The event was held at the Miss Thing’s, a tiki-inspired eccentric bar located in Parkdale, specializing in Pan Asian cuisine with a twist. But boy did Mount Gay choose the right venue! The resident mixologist Robin Wynne knows his stuff inside out and crafted some of the best liquid concoctions I have ever tried. This event didn’t just blow my mind, but it holistically opened my senses to rum. 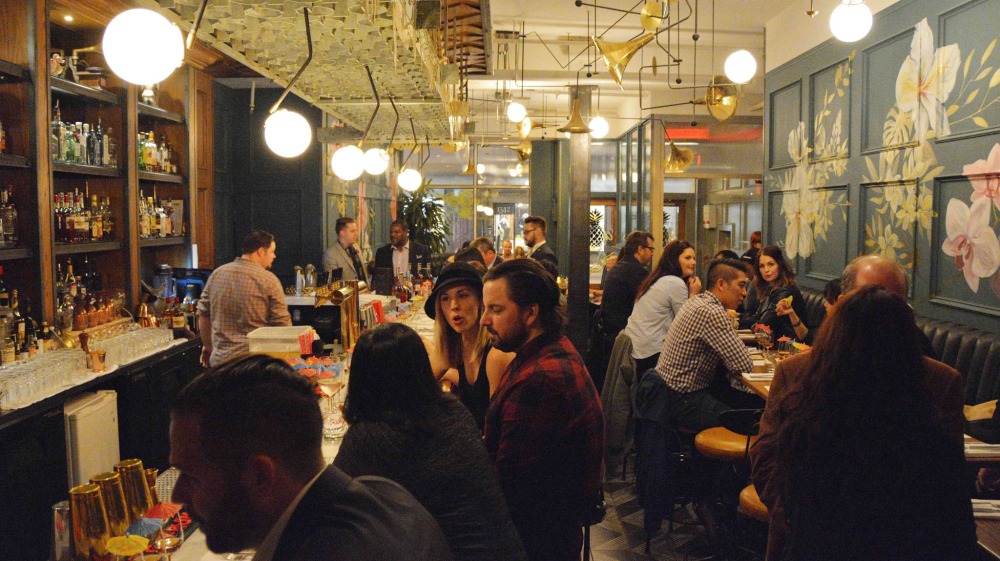 Traditionally, I enjoy my rum when it is paired with a variety of mixers or chasers to form various cocktails, and if ever, straight would be solely taken in the form of shots. Personally, I’ve never had a disliking towards rum but would never consider it as my drink of choice, for the game changer aspect, the folks at Mount Gay completely changed my perspective. Never have I been walked through a product line so thoroughly, so detailed, and so passionately that it created a burning desire to try more. Being a lover of scotch, I have always enjoyed a nice sit down drink neat or on the rocks, but doing the same thing with a Mount Gay XO or their Black Barrel Rum showed me notes in the rum that you could never get drinking it masked by Coke or chasing it with OJ.

Back to the event. What I found most impressive about the evening was that the focus of the night never left the rum. I mean, most of the time we get pairings of food and drinks, the drink takes a backseat as it generally serves as an accompaniment or accent to the food course; but Mount Gay worked with Miss Thing’s Chef Jasper Wu to create a menu in a way that never took a focus off the rum, the food allowed the accents of the rum and rum cocktails to become more pronounced.

The First Chapter, Poisson Cru, made using cured snapper, coconut dashi, coconut lime crema, jalapeno, and garlic chips was a light appetizing dish, this dish should be the textbook definition of what an appetizer should be. The course possessed a lightness to it and a slight acidity that stirred the palate and left you wanting more. This paired like a dream with the Mount Gay Eclipse Coconut Lemongrass Daiquiri.

The Second Chapter blew my mind. It was a Pineapple Fried Rice which I originally thought nothing of since it appeared to be a rather typical looking dish that is served in the pineapple itself, but, upon biting into the “pork ribs” and with a shock to find that it was in actual fact a fried eggplant – this moment was quite literally a texture made in heaven. This savory dish was paired with a Mount Gay Black Barrel Bridgetown Sour which cut straight through the richness of the dish and left a sweetness that lasts for days!

And finally, onto my favourite cocktail… the Mount Gay XO Extra Old Manhattan (Note: Not just old, but, extra old). I am a fan of strong drinks and a glass of Manhattan or Old Fashioned is by fair my cocktail of choice, but this baby is made with a tobacco tincture that leaves you craving another.

Our Third Chapter pairs the glass with the matched strength of a Braised Short Rib, this pairing showcased the power of the rum and demonstrated that it can hold its own in a contest of bold flavors as well as complement lightness in other dishes. 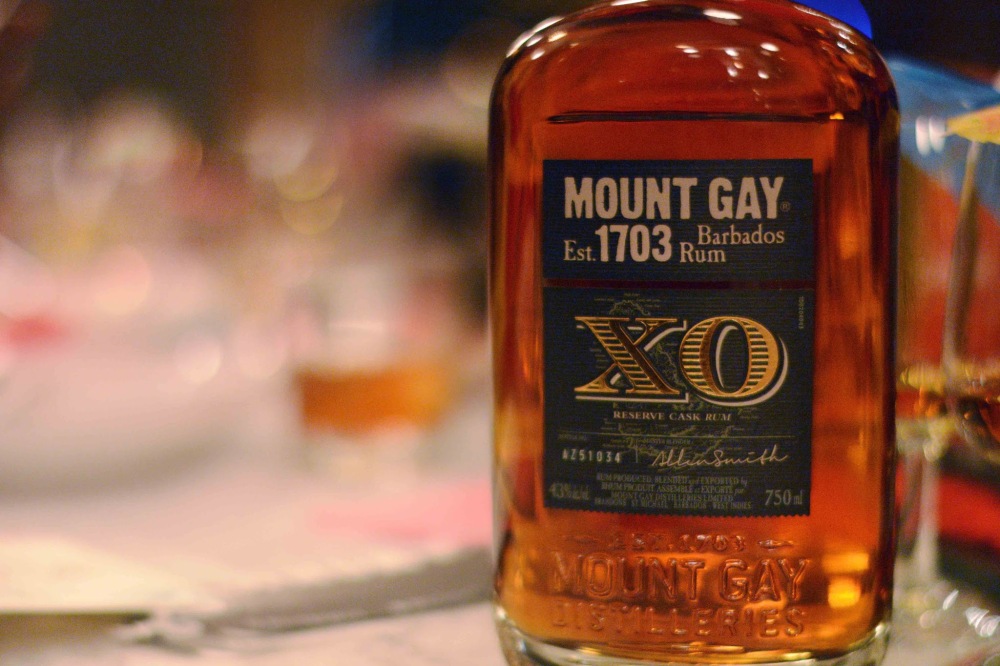 Desert was to follow for our Final Chapter, a Spiced Almond Financier  with pineapple curd and meringue, this was paired with a Mount Gay Rum 1703, creating the most suitable finale. All elements of this dessert dish played well with each other, placing itself high of my favourite indulged deserts.

We ended the evening with a final tasting of the exclusive Charred Cask and Virgin Cask of the Origin Series, both to which are limited to a one-off production of 30 bottles each, available only in US and Barbados. Beginning with the Virgin Cask, it was a subtle and sweet with vanilla scents and a sweeter, smooth taste, and the Charred Cask had a lasting hit of spice. 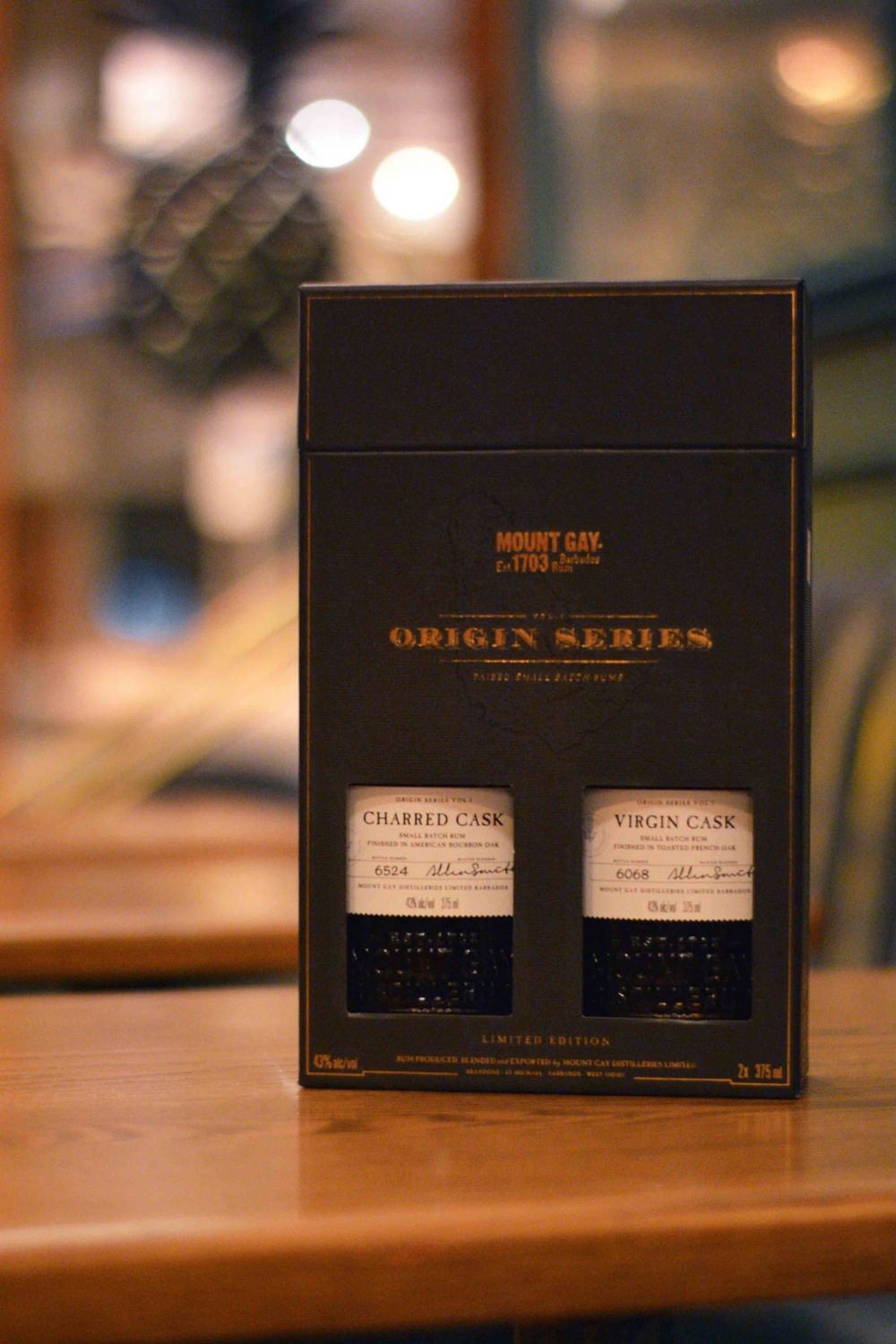 Need I say more… this event a pleasure to be apart of, being able to drink cocktails by Robin Wynne, enjoy a menu perfectly paired and selected by Jasper Wu and led by ambassador Scott Fitzgerald and master blender Allen Scott, I would make no alterations. Never have I had such great pairings that both complemented and contested so well. Welcome to the Club of Rum!

Learn more about the story of Mount Gay Rum, here.

Story and Photography by Arthur So. 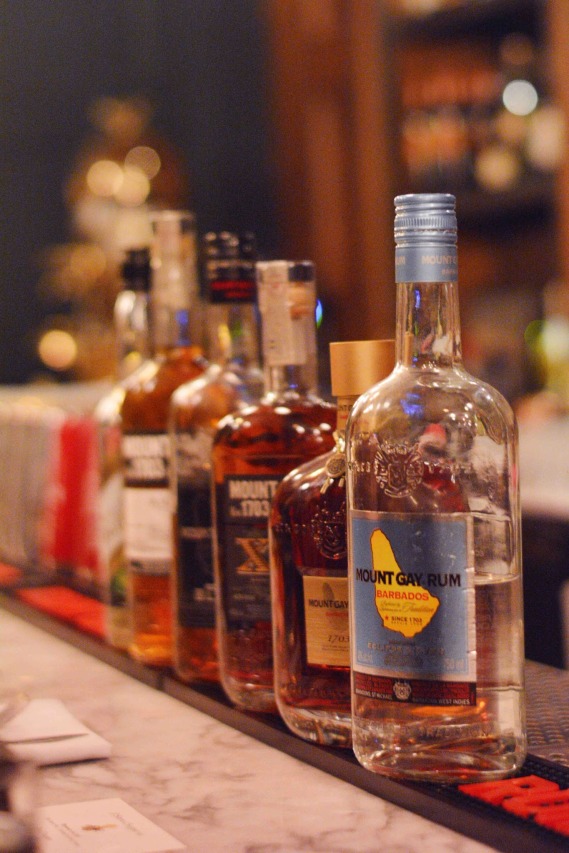 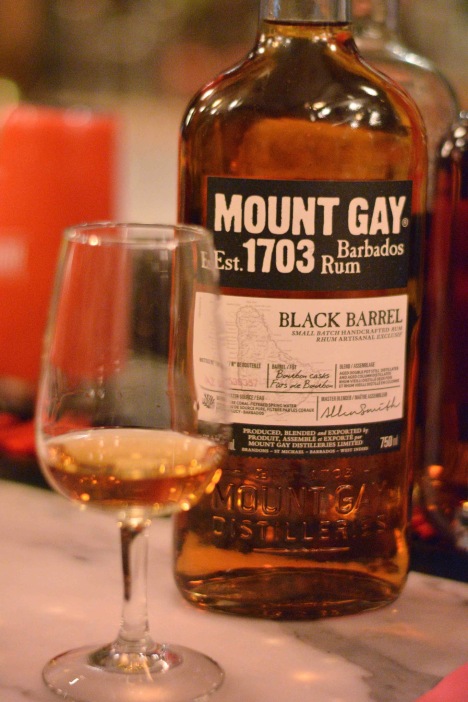 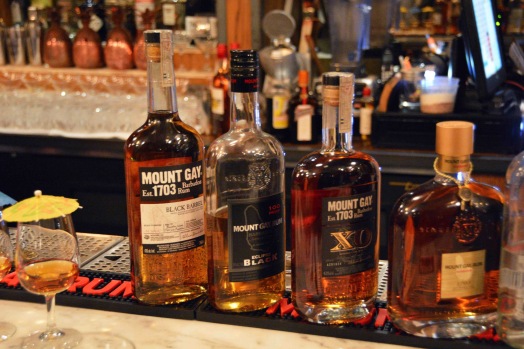 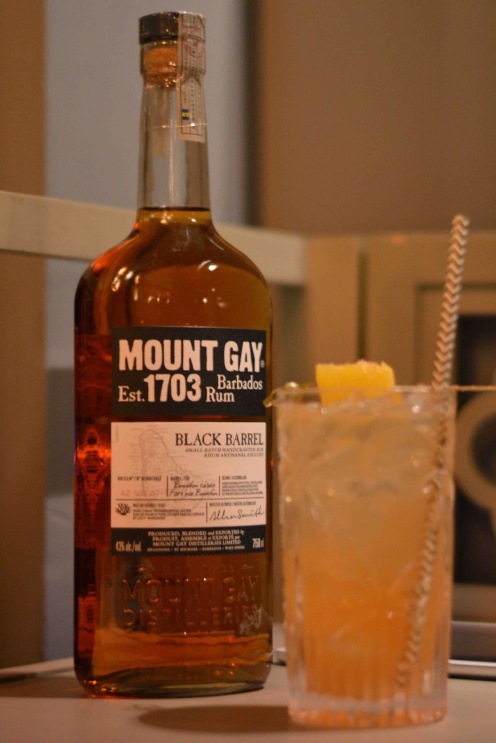 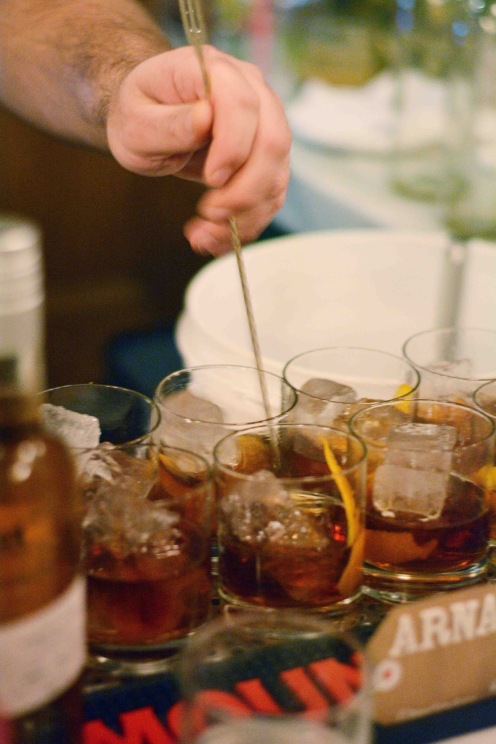 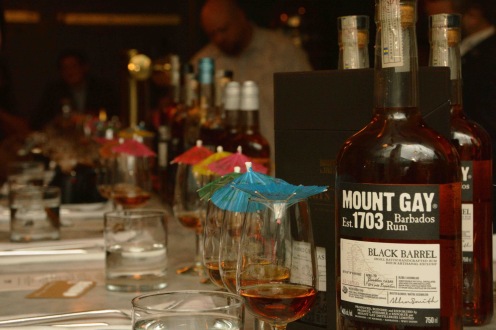