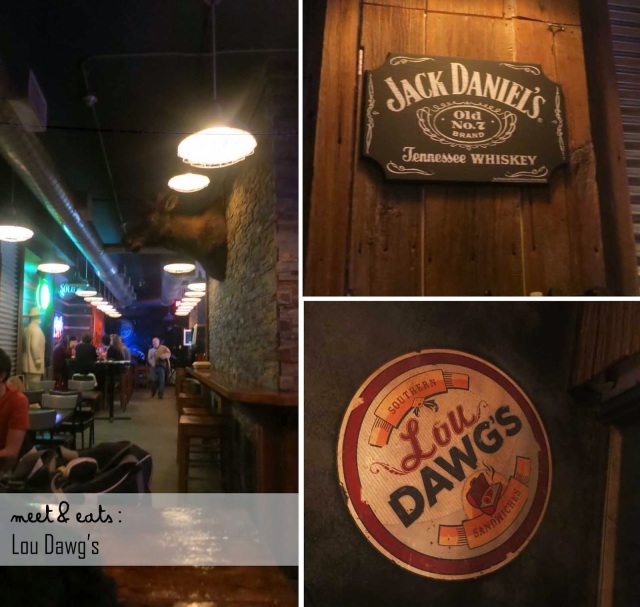 High, high hopes expecting to bite into the best Pulled Pork I’ve ever had. Entering Lou Dawg’s with a basement-esque feel with country music blasting, this scene was already not my kind of jam. Free Wi-Fi here, so that got a few things a tad more exciting.

1. Meat Combos – 1 Meat + 2 Sides ($11.95)
Pulled Pork w/Deep Fried Pickles & Sweet Potato Fries
This was certainly underwhelming, such small portions. I would have been much better off trying a sandwich, but, damn my no-burger/sandwich misfortune. The Pulled Pork was of such a small portion, and wasn’t great at all – I expected more from the sauces, very little flavour. The Deep Fried Pickles weren’t fantastic either, the thin, fine breading was an irritating combination as well.

2. Sauces in Ketchup, 2 x BBQ & Chili – Easy to carry in a Beer-bottle holder
3. Pulled Pork Chili is served with Bread Bun halves, in a wooden bowl
This place wouldn’t ever be my first choice, I won’t be coming here again.